Speak with Your Wallet

Our portfolio company Arbor on their app which aims to align your spending with your values. 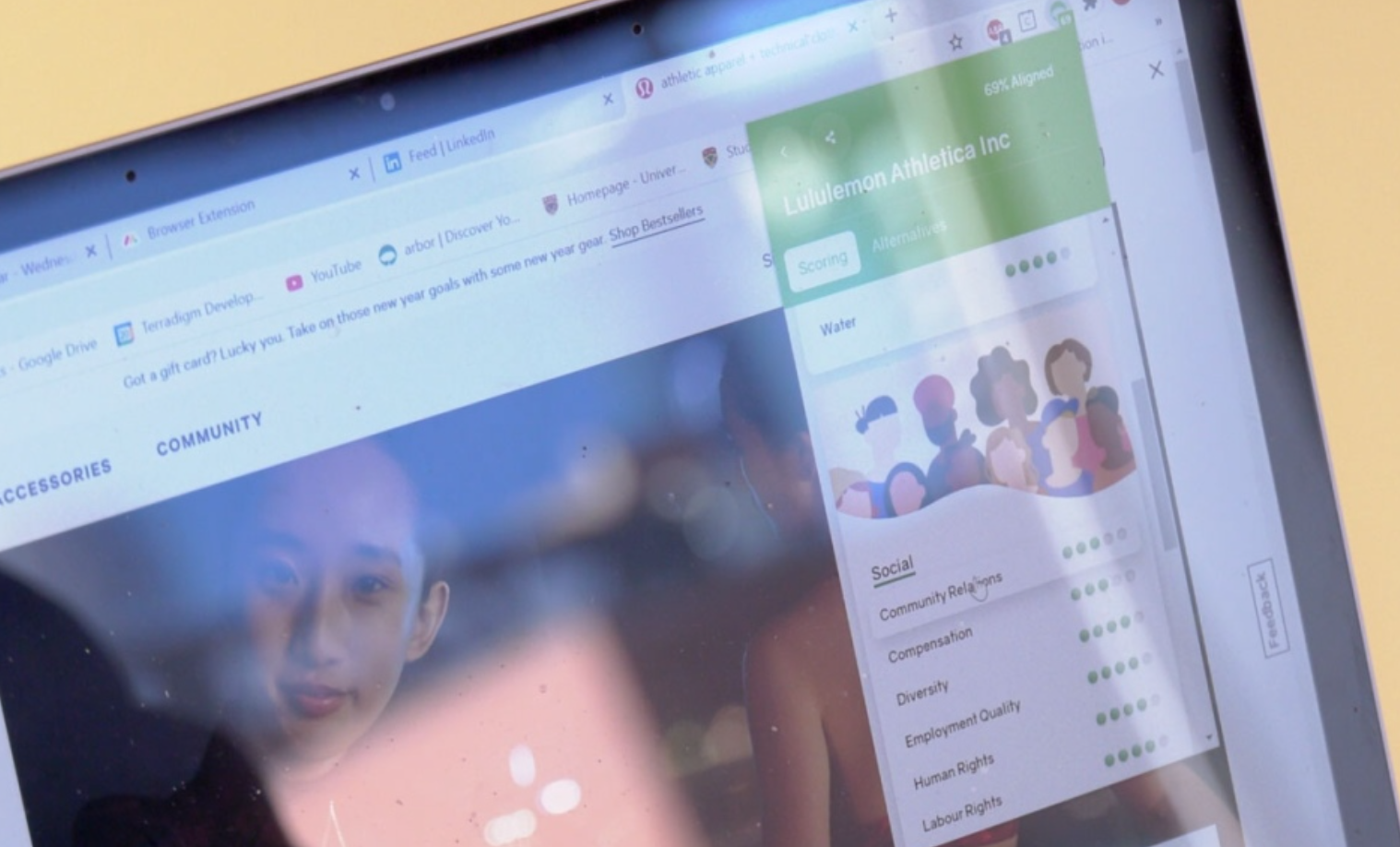 Calgary-based tech start-up Arbor has developed a web app that aims to empower consumers by instantly comparing their personal values with those of the companies behind popular products.

The goal is to allow users to vote with their dollars by supporting businesses whose value aligns with their own. Alex Todorovic, Arbor’s CEO, tells CTV News the idea came during the first round of Alberta’s COVID-19 lockdowns in March.

“We were running a software development firm and a lot of our projects got kind of ground to a halt, so we just decided to do something fun on the side.”

Citing studies in Europe, the U.S. and in Canada, Todorovic says the data his team found pre-pandemic estimates that “80 percent of consumers wanted to know where their products are coming from.”

He believes consumers want companies to do better but, on an individual level, don’t feel they have enough power or information to make those changes.

“A lot of times consumers feel they’ve been disempowered, it's so hard to make an impact when companies are so large and so many people are purchasing from them,” he says. “Now that you have information, we given you more of your power back, you are the person who holds all the cards you have the money and if you stop spending at this company they are going to try to fix that and become more competitive.”

Todorovic and his team entered and won the Canada-wide Microsoft Discover AI competition after developing the idea for Arbor during ATB’s 2020 Hackathon in Calgary.

“That's kind of where Arbor spawned and since then we've been working on it full-time,” he says.

The very nature of Arbor itself, Todorovic says, was influenced in part by the pandemic.

“It just became very apparent that people nowadays really want to know where their money is going, they want to make sure they’re supporting the companies that they feel comfortable with,” he adds. “Nowadays, money is a lot tougher to come by, so you want to make sure each penny you spend is going to a place that you feel good about.”

Arbour now has data on over 150,000 companies and the app breaks down and measures how environmentally and socially friendly each are or in some cases aren’t. The software also tracks how businesses treat their employees and gives users a score to indicate how ethical and responsible a company is.

In order to be effective, Todorovic says adding consumer convenience tools was essential.

“If a company doesn’t align with you, Arbor will automatically give you alternative products that are similar or the same but align with your values better.”

When a user logs on for the first time they are promoted to answer about 20 questions that will help to determine core values.

“We focus on each individual person’s values,” Todorovic says. “Based off of those core values, Arbour will show you how well a company is aligned with you.”

Arbor has secured startup pre-revenue and are currently looking to expand.

“In the next 12 months, our biggest goal is to do a big user campaign, taking the service global,” Todorovic says.

They are confident that they can do it based off the success of the last several months, he adds, as Arbor has just been recognized as one of the winners of the WSA Young Innovators awards - a special recognition for young social entrepreneurs under 26 years of age.

“COVID has proven that - in software - it doesn’t matter where you are in the world, you can still reach the entire world.”

To learn what brands align with your values visit https://www.yourarbor.com/